The total number of sheep in New Zealand decreased 0.8 percent (by 199,000 head) to an estimated 25.83 million while beef cattle numbers rose 2.5 per cent to 3.98 million, according to Beef + Lamb New Zealand (B+LNZ)’s annual stock number survey.

The decline in sheep numbers was across both breeding ewes, down 0.5 per cent to 16.48 million, and hoggets, which decreased 0.6 per cent to 8.61 million. An increase in the number of beef cattle was driven largely by more rising two-year-old cattle, particularly in the North Island.

The decline in hogget numbers was most noticeable in Northland-Waikato-Bay of Plenty (6.7 per cent) and Southland (-7.9 per cent), where strong mutton prices encouraged greater levels of trading. Winter and spring 2020 conditions were difficult in some regions, particularly the South Island, leading to destocking of sheep prior to Christmas due to lack of feed. Drought and dry conditions along eastern parts of the country in 2021 led to tight feed conditions for many farmers. END_OF_DOCUMENT_TOKEN_TO_BE_REPLACED

The business buys from thousands of farmers and processes 30% of the country’s lamb, beef and venison to generates more than $2.4 billion in annual sales and exports to more than 60 countries.

Through Digital Lean, a Callaghan Innovation programme that helps manufacturers apply Industry 4.0 technologies, such as robotics, artificial intelligence and data analytics, to innovate and grow, Silver Fern Farms focused on a less glamorous but important part of its business:   offal.

“Take an animal that weighs 250 kilograms, for example. How can you tell how much liver, heart and tongue it will yield?” asks Dylan Marsh, Continuous Improvement Manager at Silver Fern Farms.  END_OF_DOCUMENT_TOKEN_TO_BE_REPLACED 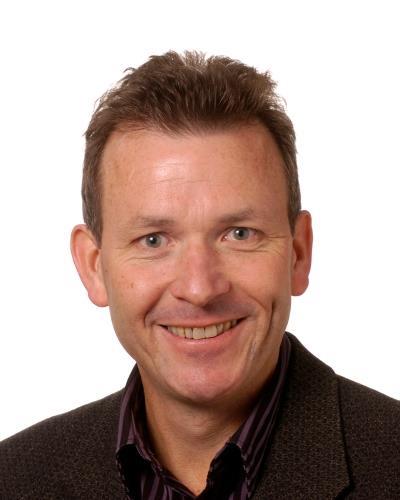 Dr Lees surveyed more than 1000 sheep, beef and deer farmers. These three industries together make up 12 per cent of New Zealand’s exports and currently contribute $5 billion a year to the New Zealand economy.

“New Zealand is missing out on higher market returns for meat exports because of a lack of commitment and trust between farmers and meat companies,” Dr Lees said.

“The majority of farmers do not commit to forward supply contracts that specify quality requirements and delivery schedules.

“We effectively still have a system driven by production rather than market requirements. Farmers sell stock based on their farming requirements and the number of stock and quality often does not match market needs.”

He said consumers were increasingly making food choices based not only on quality but also on factors, such as food safety, animal welfare, provenance and environmental stewardship.

The research shows that long-term committed relationships were necessary to ensure farmers supplied stock to processors that met these requirements.

“This means that it’s a win-win for farmers, exporters and the New Zealand economy. Though many have believed this to be the case this is the first-time research has clearly shown this.”

Increasing the value of exports provides a way to earn more without having to produce more. This can help to address the current public concern about the impact of expanding farm production on the environment, he said.

The environment therefore benefits, too.

Dr Lees said the research had developed tools for companies to measure the quality of their relationship with suppliers and identify what they can do to improve. Though a number of exporters are already using these tools there is potential for wider use by agricultural and horticultural companies who want to improve relationships with their suppliers.

Expanding the use of these tools to other sectors, such as the dairy and horticultural industries, could significantly increase the benefits of the research to the New Zealand economy.

Brad Johnson, an expert on skeletal muscle growth in cattle at Texas Tech University, is involved in a study that might have found how to produce meat with just the right combination of leanness and flavour.

Professor Johnson, the Gordon W. Davis Regent’s Chair in the Department of Animal and Food Sciences at Texas Tech, and Texas A&M professor Stephen B. Smith have discovered how to produce the most palatable cut of meat.

The key, Johnson said, is isolating a receptor in marbling adipocytes. These are fat cells juxtaposed to muscle tissue.

Activation of this receptor, called G-coupled Protein Receptor 43 (GPR 43), produces lipids, and lipids are the key ingredient in marbling.

“We feel if we can regulate this receptor in marbling, we can increase marbling without making the cattle fatter,” Johnson said.

“As the cattle make fat, the feed efficiency goes down and for consumers we trim off all the excess fat. But if marbling is what consumers want, we can increase marbling at different times in the feeding cycle without making the cattle fatter, and that would be a huge benefit for the beef industry.”

Distinct biological difference between backfat and marbling, which look much the same on a rib-eye steak, affects the palatability of beef.

END_OF_DOCUMENT_TOKEN_TO_BE_REPLACED

Using new methods to track antibiotic resistance through the process of intensively farming and slaughtering cattle, the scientists discovered a “startling” lack of resistance genes in meat.

Meanwhile, in soil and faeces samples from cattle pens they found genes resistant to a powerful “last resort” class of antibiotics called carpabemens that aren’t used in the livestock industry. These genes may have jumped from humans or companion animals to livestock, or could even be present at low levels in the wider environment.

A current focus for policy-makers is to reduce antibiotic use in livestock to curb the spread of drug-resistant bugs.

“Our findings clearly show that the spread of resistance is not a one-way street from animals to humans and that, as new evidence emerges, we need to shift focus ,” says lead author Noelle Noyes from the Microbial Ecology Group at Colorado State University.

The lack of resistance genes in post-slaughter meat samples was a big surprise for the scientists, forcing them to rethink the view that it is only antibiotic use that increases resistance.

“While we expected to find fewer bacteria and thus resistance genes, the absence of resistance genes in these samples was still a bit startling,” says co-principal investigator Paul Morley from Colorado State University.

“Our findings suggest the gauntlet of measures to kill pathogens also protects the consumer from antimicrobial resistance genes because they too are unable to survive,” says co principal investigator Keith Belk.

“We need to expand our thinking in this area, and develop new and improved methods to better understand how antibiotic use drives a complex network of genetic modifications within entire microbial communities,” he says.

Environmental routes of exposure are much harder to trace and have been largely overlooked by researchers and policy-makers. While many of us never step foot on working farms, we are physically connected to agriculture via wastewater run-off and windborne particulates. The scientists suggest investigating wind patterns and water flow to see if, and how, resistant bacteria may be disseminated, and how far.

“We may find that such dissemination is very limited geographically, or we may find that resistant bacteria can travel long distances if they find the right currents or the right waterways. In either case, this would be very important information from a public health perspective,” says Noyes.

The researchers collected samples from 1,741 commercial cattle. The study started in feedlots, where intensively farmed cattle are moved after grazing. A feedlot consists of outdoor pens where cattle are fattened during their final months of life. Samples were also taken during slaughter and from market-ready products. No previous studies have tracked antimicrobial use and resistance right through the beef production process. The team found no resistance genes to any bacteria in market-ready beef products.

They did discover changes to antibiotic resistance genes in the guts of cattle during their time in the feedlot. The changes could be due to the use of antibiotics in feedlots but could also result from adjusting to a high-energy diet or from the cattle’s maturation from adolescent to adult.

The diversity of genes in their ‘resistome’ decreased. A resistome is the collection of antibiotic resistance genes in a given environment, be it the gut of a cow or a sample of soil or water. The decrease could present an opportunity to suppress it further during the feeding period and move towards the lowest risk possible.

“The next challenge is to identify what is really driving the change we saw and to determine whether these drivers need to be modified and, if so, how,” says Noyes.

“Any changes need to be balanced with the ability of agriculture to produce enough safe, affordable food for a rapidly changing population. What concerns us most is ensuring that rational, science-driven discussion drives progress,” she says.

Reference: The paper ‘Resistome diversity in cattle and the environment decreases during beef production’ can be freely accessed online here.